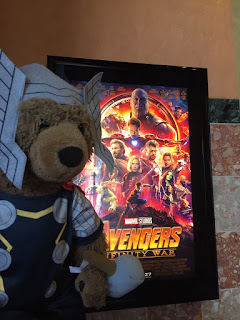 Oh, what can I say about Infinity War, the third movie in the Avengers series? It was a typical MCU movie, full of action, comedy, suspense, and a bit of romance. It was so awesome to see all of these characters from different stories all come together to keep Thanos from gaining all of the Infinity Stones. It was an emotional roller coaster to say the least. And now I can't wait until the conclusion comes out. It ended with an enormous cliffhanger.

You can read an awesome review here.

Posted by Califia at 3:37 PM No comments:

There is a convention dedicated to the My Little Pony fandom called BABSCon which is held in Burlingame in the spring. I was able to attend this year. I spent a weekend there, playing in the hotel and people watching. 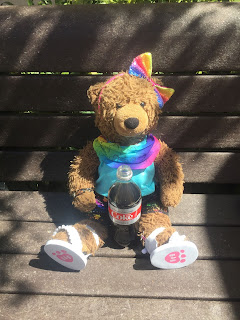 Before I left to make the short drive, I started my day with a cold, crisp beverage. I wanted to get in the mood by wearing some rainbow clothes. 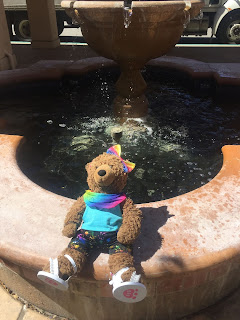 I made it up to Burlingame with the humans, one of which is a Brony. We checked into our first hotel and had dinner at the Elephant Bar. 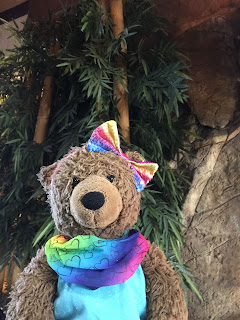 I love the theming of the restaurant. 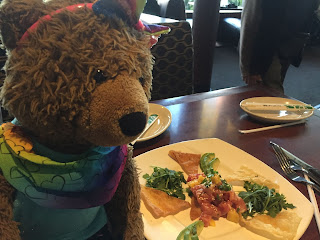 I ordered a salmon poke appetizer which had yummy crispy wonton chips and avocado. 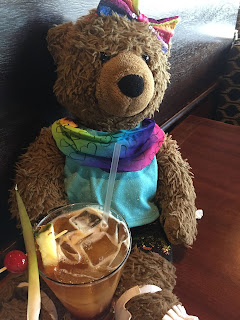 I enjoyed a mai tai while looking out the window at the bay. 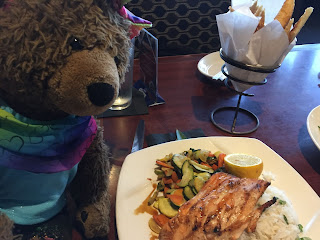 My main dish was grilled salmon with rice and vegetables. I do love me some fish. 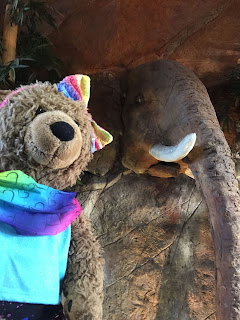 More of the fun decor. Of course they would have to have an elephant here. If they didn't, it would just be The Bar.

It was back to the hotel and in bed, to get ready for the next day. We were going to check into the hotel where we would spend the rest of our long weekend. 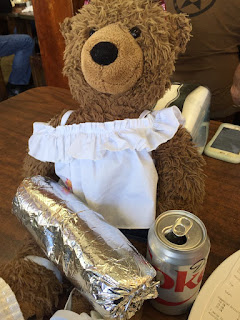 We checked out of our hotel and went to Taqueria Pancho Villa in San Mateo for lunch. I had a tofu burrito. They are so good! And their rice is delicious here. We went to see Isle of Dogs after, then checked into our next hotel. 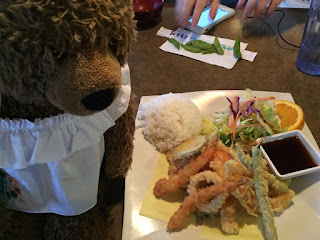 For dinner, we went to the sushi restaurant across from the hotel. I ordered tempura which is what I usually get when I go to Japanese restaurants. It was mixed vegetables with shrimp and I liked it.

We had an early start the next day, so it was off to bed. 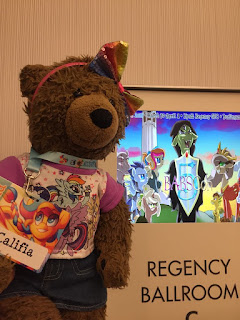 When I was entering the vendor hall, the guard there said I needed a badge to get in. I went to the registration table and they printed one for me. That was so sweet! The Brony people were all very polite and friendly. 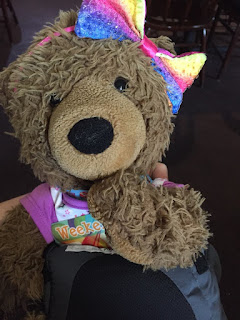 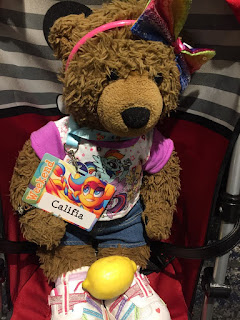 One of the more bizarre things that happened this weekend was, a random person dropped a lemon on my lap like a ninja and vanished. My human didn't know what happened and asked around. We found out that this person cosplayed as "Life" and was handing out lemons. It was very clever and I was definitely amused. 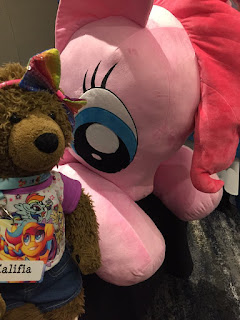 I found this giant seahorse version of Pinkie Pie. WOW! 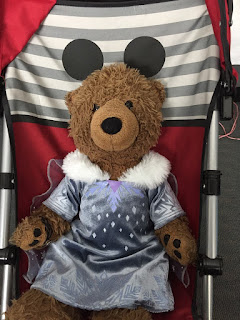 At BABSCon, they like to encourage the con goers to dress in costume. This year's theme was fantasy, so I dressed in Elsa's winter dress. I also had the luxury of being rolled in a stroller. The Mickey Mouse print made it look like I had Mickey ears! 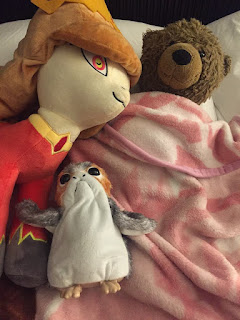 I made a new friend while I was there. This is Queen Quake. We rolled all over the convention together until we exhausted ourselves. We snuggled into bed and had a good sleep.

The convention was enjoyable and I really liked seeing all of the people dressed up. And so many humans were carrying around lovies! That was my favorite part. I will be going back next year for sure.